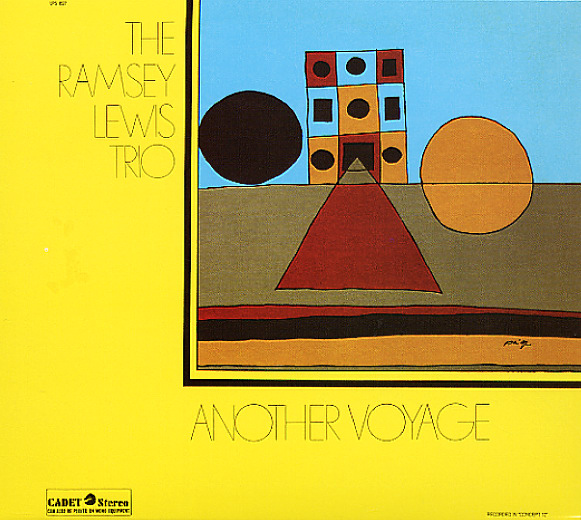 Sweet, funky, and outtasite – one of Ramsey Lewis' greatest albums of the 60s – cut under the supervision of Chicago soul maestro Charles Stepney! The album's an amazing mix of jazz, funk, and the more baroque and spacey elements – that were running through the Chicago soul and jazz scene of the time – all coming together under the guidance of Lewis and Stepney, with a sound that points the way towards countless 70s recordings to come! Highlights include a bit of kalimba from drummer Maurice White, some great guitar from Phil Upchurch, and plenty of tasty electric keys from Ramsey himself – really laying back in a righteous kind of groove – hitting new heights on tunes that include "Bold and Black", "If You've Got it, Flaunt It", "Do What You Wanna", "Cecile", "Wanderin Rose", and "Opus #5".  © 1996-2022, Dusty Groove, Inc.
(Blue fade label stereo pressing, includes Cadet inner sleeve.)

Love Notes
Columbia, 1977. Near Mint-
LP...$14.99
A great little album of mid 70s funk from Ramsey Lewis – very much in the mode of his Earth, Wind, & Fire related work – no surprise, since the album's dedicated to Charles Stepney, whose influence was such a key part of the sound of the group, and of some of Ramsey's other Kalimba-p ... LP, Vinyl record album