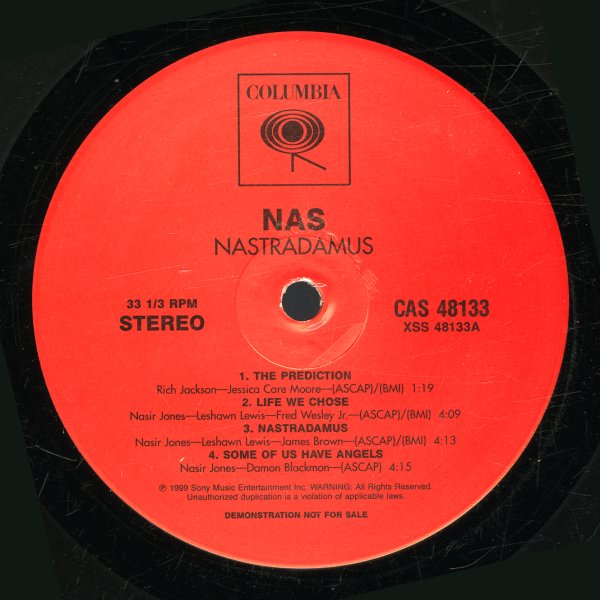 Nas balancing classic level depth and dexterity with more off the cuff and spontaneous rhymes on the once written off, belatedly better respected Nastradamus LP – his second album of 1999! How anyone could ever have completely disrespected an album with a track as masterful as "Project Windows" is a mystery – it's Nas at an all time best level on the mic, and the track is real deal soul with Ron Isley singing the hook – and bringing the goods, too – but there's some other standout tracks here that make it well worth a spot on your shelf! Other tracks include "Life We Chose", "Nastradamus", "Some Of Us Have Angels", "Come Get Me", "New World", "Family" with Mobb Deep, "Big Girl", "God Love Us", "New World" and "Shoot Em Up".  © 1996-2021, Dusty Groove, Inc.
(In a stickered sleeve.)