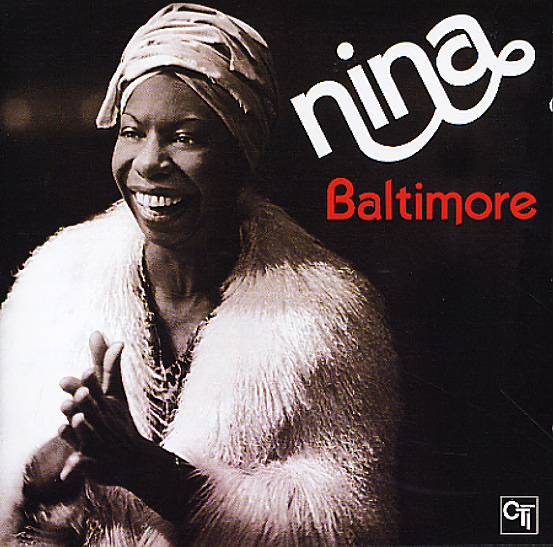 A real standout 70s set from Nina Simone – a one-off date for CTI Records, done with a sound that's different than her earlier work for RCA, Philips, and Colpix! The groove here is often as soul-based as it is vocal jazz – thanks to arrangements from David Matthews, who brings a similar sound here to his other work with Esther Phillips in the decade – another older singer who'd hit some very hip territory at the time. The groove here is very much like Phillips' best for Kudu – smooth and soulful, but in ways that still retain all the rasp and character of the lead vocals. Titles include a sublime reading of Randy Newman's excellent "Baltimore", plus "The Family", "My Father", "Music For Lovers", "Rich Girl", and "Balm In Gilead".  © 1996-2022, Dusty Groove, Inc.
(Original pressing with Masterdisk stamp. Cover has a lightly bumped corner, but is nice overall.)