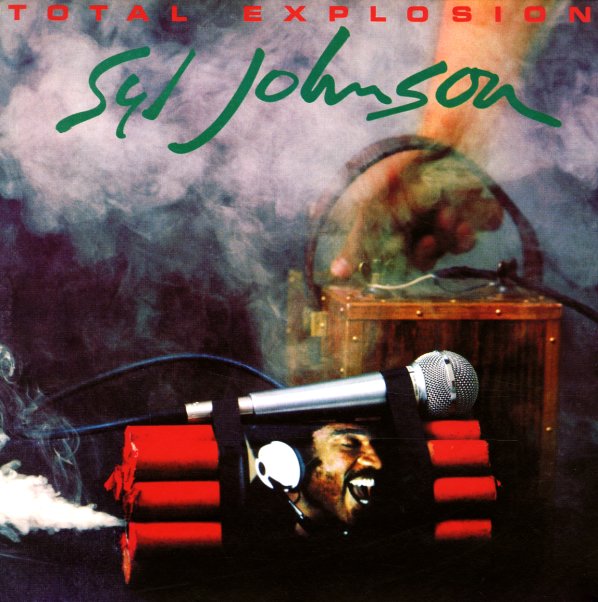 A wicked explosion from the legendary Syl Johnson – one of his smoking sets for Hi Records – done with solid soulful help from Willie Mitchell! Mitchell's familiar Memphis groove is firmly in place here – tightly compressed rhythms and horns, vamping perfectly for Syl's raw vocals – and the set also seems to feature Johnson smoking some grooves on harmonica too – but in a way that's still a lot more soul than blues! There's a few great funky moments on the set – a nice reminder of the Twinight years – and tracks include "I Only Have Love", "Take Me To The River", "Bustin Up Or Busin Out", "'Bout To Make Me Leave Home", "That's Just My Luck", "It Ain't Easy", "Steppin Out", and "Watch What You Do To Me".  © 1996-2021, Dusty Groove, Inc.
(Cover has light waviness from moisture.)

Ms Fine Brown Frame
Erect/Boardwalk, 1982. Near Mint-
LP...$9.99
A bit of a comeback for Chicago soul legend Syl Johnson – a set initially recorded for the smaller indie Erect, but picked up for bigger distribution by Boardwalk thanks to a catchy title hit! The sound here is quite different from Syl's Twinight or Hi Records years – still a bit ... LP, Vinyl record album

Diamond In The Rough
Hi Records/London, 1974. Near Mint-
LP...$39.99 (CD...$11.99)
The great Syl Johnson – doing his thing for Hi Records on a record that's more shiny diamond than it is rough – his second album for the label and a truly underappreciated gem from the Chi soul great! Diamond In The Rough is a much sweeter set of tunes than Syl's Chicago work on ... LP, Vinyl record album

On Top
Hi Records, 1969. Very Good+
LP...$9.99
Willie Mitchell's definitely on top with this smoking little set – a record that seems to allow even freer interplay between the members of his group – in ways that make the album one of Mitchell's jazziest efforts of the 60s! The players of the group are getting a bit of credit on the ... LP, Vinyl record album

Al Green Is Love
Hi Records, 1975. Sealed
LP...$24.99 (CD...$11.99)
Heavenly soul doesn't get any more heavenly than this! Al Green's at the height of his powers here – working in that wonderfully smooth, wonderfully warm style that made his early 70s material so wonderful! This album's maybe slightly less iconic than some of Green's other titles for Hi ... LP, Vinyl record album

Bottom Line
Hi Records, 1978. Very Good-
LP...$14.99
Great work from OV Wright – one of the few singers who was still strongly carrying the Hi Records torch at the end of the 70s! Although Wright had sometimes been bluesier in the past, his late 70s Hi sides have a much mellower, mature sort of feel – a ripening of the seeds in his ... LP, Vinyl record album