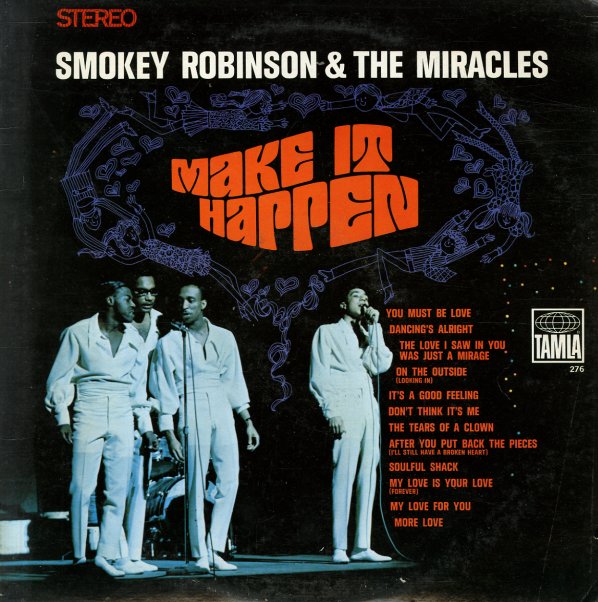 A romping groover from Smokey Robinson & The Miracles – and a record that really has them punching things up, after starting out for Motown as a much more mellow harmony group! Robinson's crackling lead really makes the set sparkle – that warm, honest, earnest quality that Smokey hit strongly at this stage – still managing to inflect a deep sense of soul, while keeping things polished enough to match the rest of 60s Motown! The set features the "Tears Of A Clown", plus the excellent "Soulful Shack", one of a number of great "soul party" tunes from the late 60s – and other cuts include "Dancin's Alright", "You Must Be Love", "It's A Good Feeling", "Don't Think It's Me", and "My Love For You".  © 1996-2022, Dusty Groove, Inc.
(Tamla stereo 2-globes pressing with deep groove. Cover has some wear with staining on the lower back cover with a partial split seam. Includes Tamla catalog inner.)

What's Going On (gatefold cover)
Tamla, 1971. Very Good Gatefold
LP...$99.99 (CD...$2.99)
One of the few cases in the history of pop music where the record is worth all the hype! Marvin blew everyone's mind when he unleashed this amazing suite of political soul tunes – not only just because he'd moved past the simple love songs of earlier years, but also because he was working ... LP, Vinyl record album