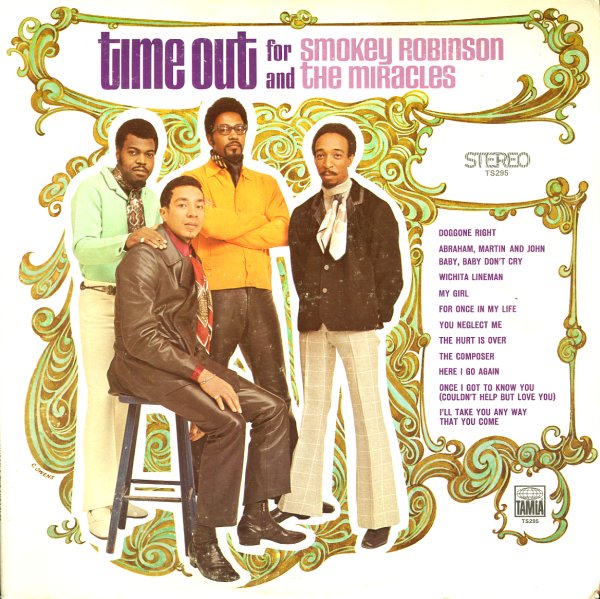 Kind of a mixed bag of numbers from Smokey and the group – who are clearly searching around here for a new sound that will take them into the 70s, working in a number of different modes – all of them still pretty nice, thanks to the always-great vocal talents of the group. Titles include "Doggone Right", "The Hurt Is Over", "You Neglect Me", "Abraham, Martin, & John", "The Composer", "For Once IN My Life", and "I'll Take You Any Way That You Come".  © 1996-2022, Dusty Groove, Inc.
(Original stereo pressing with deep groove, including Tamla inner sleeve. Cover has light aging and a small corner cut.)