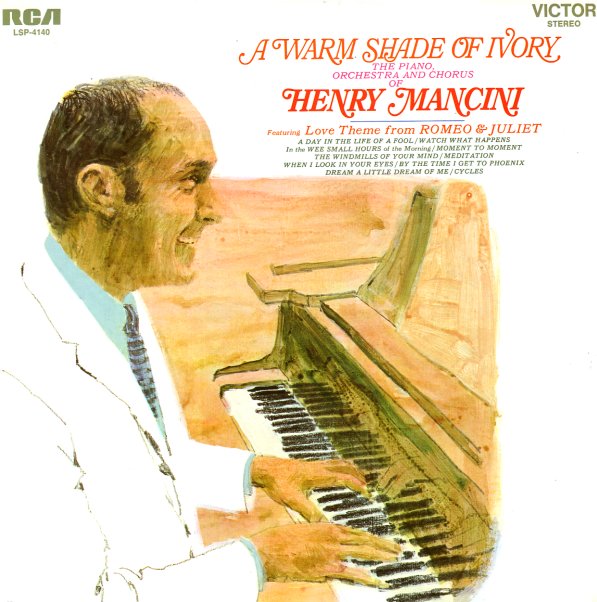 Lovely late nite Mancini! The album has Mr. M's tinkling piano set amidst dark moody arrangements that bank the piano in warm washes of strings and light lilting rhythms – all moving at a slow somber pace that's perfect for a summer night with the lights down low, the windows open, relaxing in a big easy chair with a drink while the breeze and the sounds of the summer waft over the room. The record is subtle, but a wonderful example of Mancini's continuing instrumental genius. Titles include "Watch What Happens", "Day In The Life Of A Fool", "Cycles", "Meditation", "When I Look In Your Eyes", and "Moment To Moment".  © 1996-2022, Dusty Groove, Inc.
(Black label Best Buy Series pressing.)