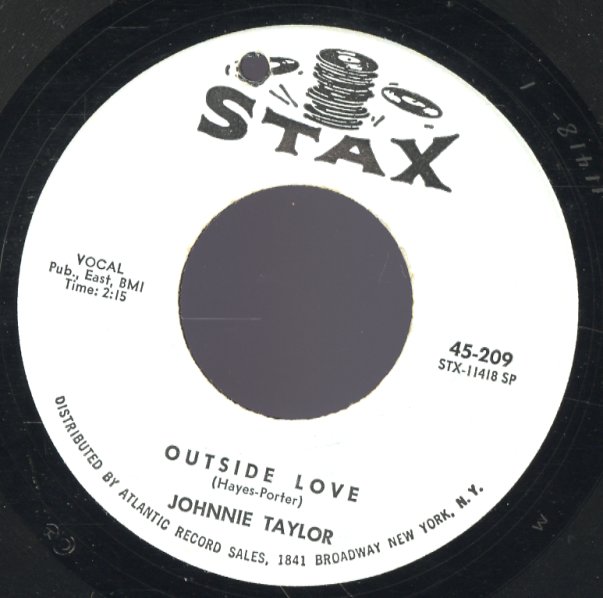 Ain't That Lovin You (For More Reasons Than One)/Outside Love

A great early funky number from Johnnie Taylor – with a groove that's almost ripe for sampling, given the chunky beats – but which is maybe even better, because Taylor's fantastic vocals keep getting in the way!  © 1996-2021, Dusty Groove, Inc.