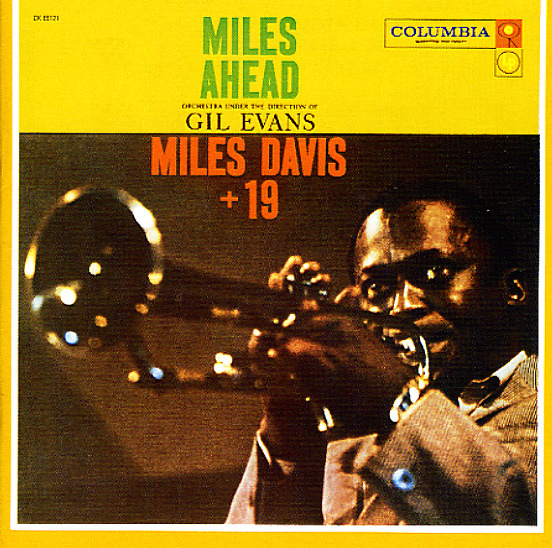 A masterful meeting of two 50s modern jazz talents – the trumpet of Miles Davis balanced with the arrangements of Gil Evans – with results that have made the album one of Miles' greatest ever! The sound here is completely sublime – as Davis gets all chromatic and spooky over Evans' edgey arrangements – shimmering nicely in a perfect blend of modernism and lighter, more lyrical touches. The record's filled with loads of the kind of solos that Miles brought to his smaller group records – but they almost flower even more amazingly here in the larger setting. Titles include "Springsville", "Blues For Pablo", "New Rhumba", "Lament", and "Miles Ahead". This is the record that your dad bought to prove that he was cool – so buy it from us and keep up the family tradition!  © 1996-2022, Dusty Groove, Inc.
(70s stereo pressing, PC 8633. Cover has some aging.)