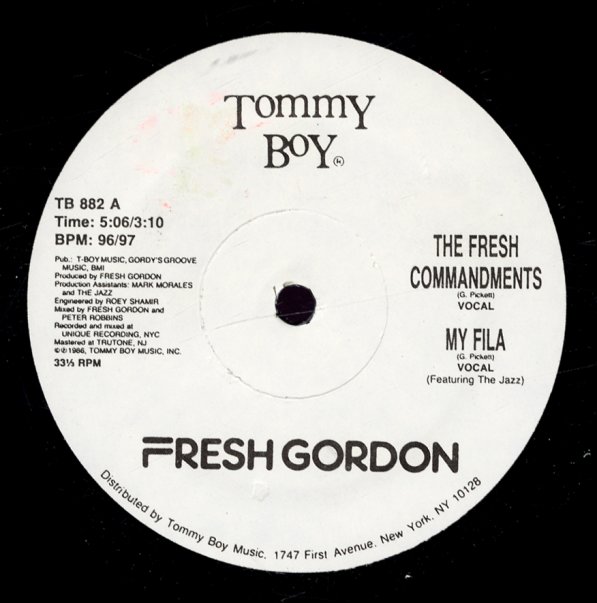 Fresh Commandments for 1980's MC's, like "Thou shall not wear fake Gazelles!", over Whodini-style production complete with vo-coder. My Fila is a take-off of My Addidas, featuring The Jaz.  © 1996-2022, Dusty Groove, Inc.
(Promo in a Tommy Boy sleeve.)

Sound Of Da Police (LP, rmx, rmx inst)/ Hip Hop Vs Rap (voc, acapella)
Jive, 1994. Very Good (pic cover)
12-inch...$19.99
Two from the Return of the Boom Bap LP. "Sound of the Police" is the anti-police anthem produced by Showbiz and remixed by KRS and Kenny Parker. Plus the original and acapella version of KRS's comment on the whole "Hip Hop vs Rap" debate, where the second half of the song is ... 12-inch, Vinyl record