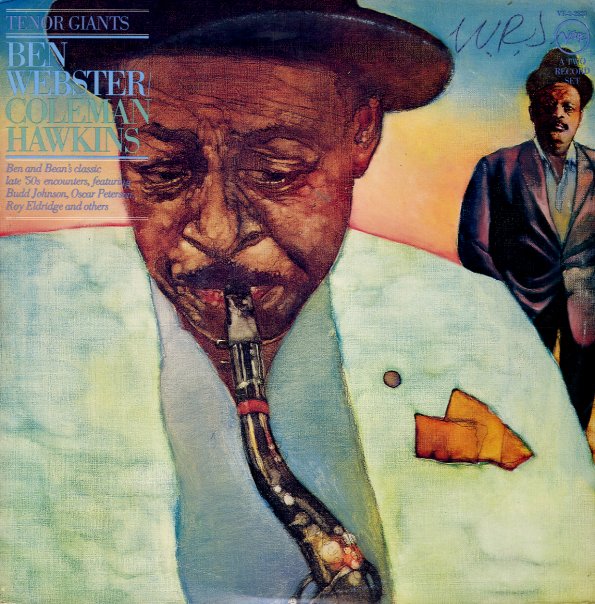 A late 70s pressing of some classic Verve sides from the 50s, featuring two masters of the tenor, blowing side by side in a couple of small group settings: one with rhythm backing by Oscar Peterson, Herb Ellis, Ray Brown, and Alvin Stoller and the other with Jimmy Jones, Les Spann, Ray Brown and Jo Jones, plus Roy Eldridge and Budd Johnson in the frontline. The best tracks have lots of room – plenty of space so that the tenors aren't butting heads with each other in too close of quarters, with space to express themselves freely. Titles include "Blues For Yolande", "La Rosita", "Shine On Harvest Moon", "You'd Be So Nice To Come Home To", "It Never Entered My Mind", "De-Dar", "Time After Time", "Young Bean" and "In A Mellowtone".  © 1996-2020, Dusty Groove, Inc.