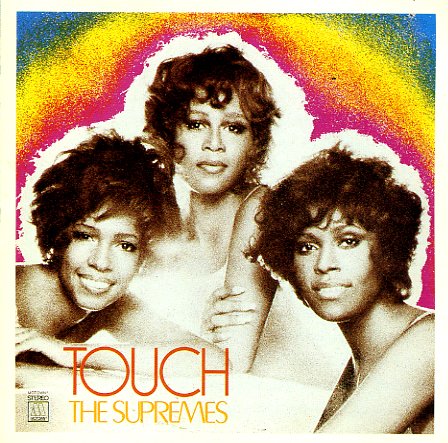 Post-Diana Ross work by The Supremes, but a really great little album – and one that possibly even draws more on a harmony style without the famous diva in the lead! The sound here is rich and full – arranged by Jerry Long and David Van DePitte – and produced by Frank Wilson with a nice ear towards the more rhythmic sound of the group's talents – even on the mellower cuts, which still maintain a nice bounce at the bottom. Elton John actually provided the liner notes – and titles include "Nathan Jones", "Johnny Raven", "Love It Came To Me This Time", "Have I Lost You", "Time & Love", "Touch", "Happy Is A Bumpy Road", and "It's So Hard For Me To Say Goodbye".  © 1996-2021, Dusty Groove, Inc.