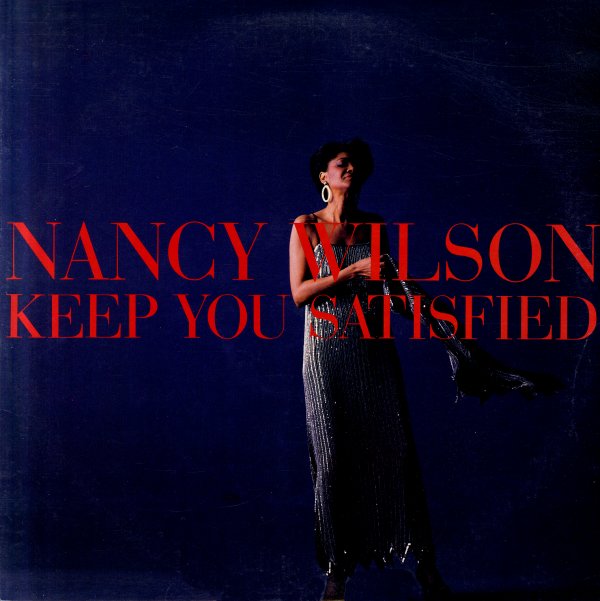 A great later set from Nancy Wilson – recorded in Japan with arrangements by pianist Masahiko Satoh, but in a warmly glowing mode that's right in step with Nancy's maturing vocal style! The sound is often mellow, but grooves from time to time with a jazzy flourish – kind of an even more sophisticated version of the styles explored by Wilson at the tail end of her Capitol years. Titles include "Just To Keep You In My Life", "Early Morning", "We've Got Love", "Winter Green & Summer Blue", "Just To Keep You Satisfied", "Is It Too Late", and "Heaven Bound".  © 1996-2023, Dusty Groove, Inc.

Tender Loving Care (TLC)
Capitol, 1966. Sealed
LP...$6.99
Tender Loving Care has Nancy singing with arranger Billy May – who comes across here with a bit more sensitivity than usual for his Capitol work, especially given the 60s time of the recording! Sometimes, May is using full strings as a broad pillow of sound for Nancy's vocals – but ... LP, Vinyl record album

This Mother's Daughter
Capitol, 1976. Very Good+
LP...$4.99
One of Nancy Wilson's hippest albums from the 70s – a great record of smooth mellow tracks produced by Eugene McDaniels, handled with some nice jazzy flourishes, and a warm soulful sound that brings out the best in Nancy's vocals! If you've dug her vocals on the Life, Love, & Harmony ... LP, Vinyl record album

Come Get To This
Capitol, 1975. Very Good
LP...$5.99
A real sweet soul gem from Nancy! The record has her working with arrangements and production by Gene and Billy Page – who give the record a great smooth 70s soul finish, and a feel that's a lot more unified than some of her other efforts from the decade. Nancy sings some great versions of ... LP, Vinyl record album

Hollywood My Way
Capitol, 1963. Very Good
LP...$1.99
Nancy Wilson turns her wonderfully sophisticated vocal style towards a batch of hits from Hollywood films of the 40s, 50s, and 60s – arranged and conducted by Jimmy Jones, in that classy blend of jazz and soul that suited Wilson so well in the 60s! The style is really a cut above the usual ... LP, Vinyl record album

Lush Life
Capitol, Late 60s. Very Good+
LP...$5.99 7.99
Genius work from Nancy Wilson – the kind of Capitol Records gem that was partly jazz, partly soul, and very much in that special territory that made Wilson one of the most mature, sophisticated singers of the 60s! The record's got Nancy working through some material with bluer currents, ... LP, Vinyl record album