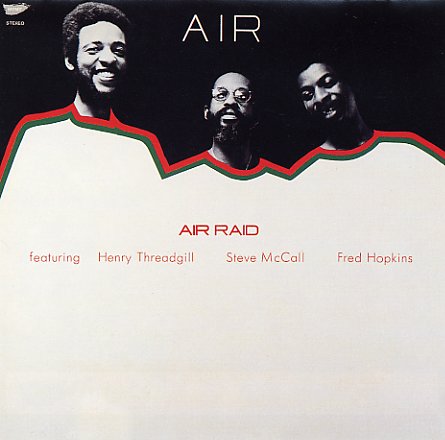 A seminal 70s set from the legendary Air trio – and one of their only non-American dates from the early years! The album was originally a Japanese-only album, but it's easily one of the group's greatest of the decade – a sublime set that really has them working strongly in their AACM roots, yet also reaching for a new sound too – a beautiful balance between jazz generations, carried off perfectly by the trio of Henry Threadgill on reeds, Fred Hopkins on bass, and Steve McCall on drums! Tracks are long, and extremely inventive – and titles include "Through A Keyhole Darkly", "Air Raid", and "Midnight Sun".  © 1996-2021, Dusty Groove, Inc.
(With obi and insert.)