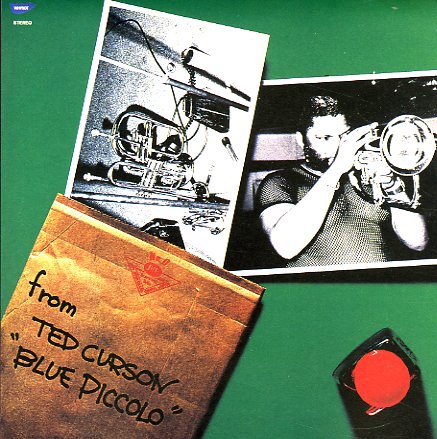 Blue Piccolo (80s issue)
Why Not (Japan), 1976. Near Mint-
LP...$29.99
One of the hippest records ever cut by trumpeter Ted Curson – and that's saying a lot, because all his records are pretty darn hip! Curson's working in a quartet with Jim McNeely on piano, Cecil McBee on bass, and Steve McCall on drums – and the group's a lot tighter than some of ... LP, Vinyl record album