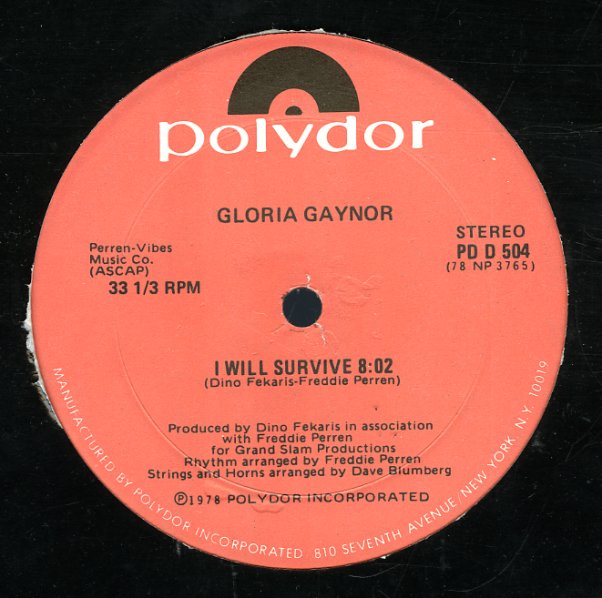 Sure, you've heard it a million times – but "I Will Survive" is one heck of a song, dammit! This original single features the 8 minute version of the cut – plenty for us!  © 1996-2021, Dusty Groove, Inc.
(In a printed sleeve, with light wear surface wear.)