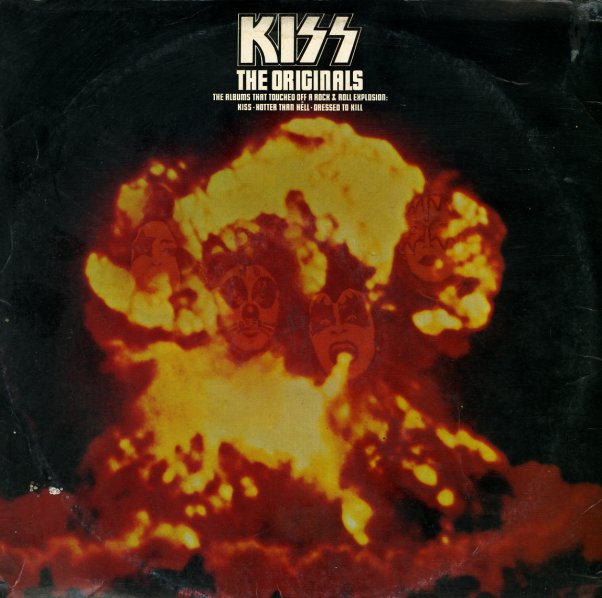 A very cool package that brings together the first 3 Kiss LPs in one package,and adds collectors cards and other goodies. This set documents the mid 70s Kiss phenomenon, and has their first 3 killer LPs of rock and roll excess: Kiss, Hotter Than Hell and Dressed To Kill. 30 tracks in all, with all their early hits including "Strutter", "Deuce", "Black Diamond", "Hotter Than Hell", "All The Way", "Watchin' You", "Mainline", "Rock Bottom", "She" and "Rock And Roll All Nite". Also includes "Cold Gin", "Let Me Know", "Parasite", 'Goin Blind", "Room Service", "Two Timer", "Anything For My Baby" and more!  © 1996-2020, Dusty Groove, Inc.
(Includes the inner sleeves, booklet, and a Kiss Army sticker.)