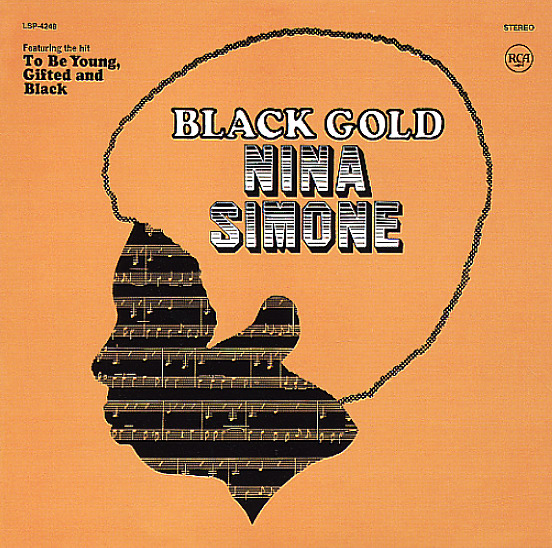 Black Gold indeed – as the album's a real classic from Nina, one of the excellent sets she cut with the Stroud Productions imprint during the early 70s! The style here is even hipper than her late 60s work on Philips – with a mixture of open-ended jazz and soul that's best summed up in the album's extended reading of "Black is the Color of My True Love's Hair", and a great version of "To Be Young Gifted & Black", which was written by Weldon Irvine, who's probably playing piano here with Nina. Other titles include the funky "Ain't Got No I Got Life", plus "Westwind", "Who Knows Where The Time Goes", and "The Assignment Sequence" – all very hip numbers!  © 1996-2022, Dusty Groove, Inc.
(Orange label pressing. The corners of the spine have been chewed or "cat spined" – but the rest of the cover is great!)

West Of The Moon
RCA, 1956. Very Good+
LP...$4.99 6.99
A great set of torchy ballads from Lee Wiley – a singer who virtually helped invent the genre on record with her classic sets for Columbia Records! This album's done a few years after those – and features backings by Ralph Burns, who brings a fair bit more sentimental moments to his ... LP, Vinyl record album