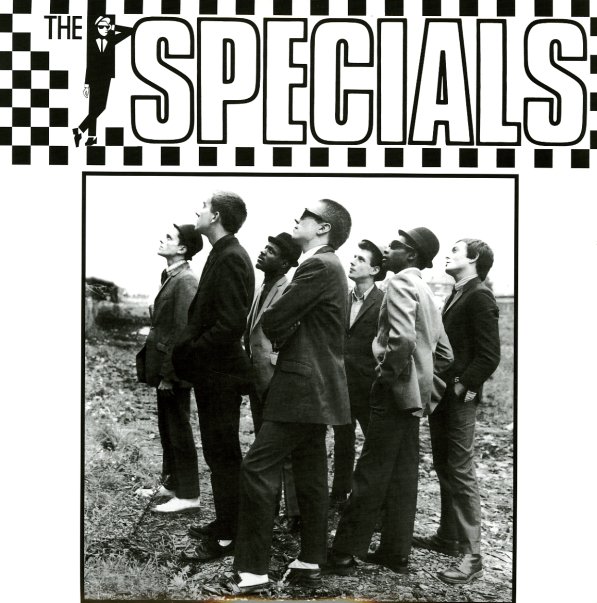 One of the most important albums on the mighty 2 Tone label – and part of a huge ska revival on the British scene that would send ripples through modern music for years to come! And sure, the words "ska" and "revival" in the same sentence can often make most folks wince – but The Specials here work at a time long before the mode was reduced to cliche – and during a punk rock period when their contributions were especially vital – presented beautifully here on an album that's also produced by a young Elvis Costello! There's no overdone jams, no schlocky frat boy modes, just hard-edged London ska with a strong nod back to Kingston roots – on titles that include "A Message To You Rudy","Do The Dog", "It's Up To You", "Doesn't Make It Alright", "Concrete Jungle", "Monkey Man", "(Dawning Of A) New Era", "Too Much Too Young", and "Gangsters".  © 1996-2021, Dusty Groove, Inc.
(Original US pressing. Cover has light wear.)