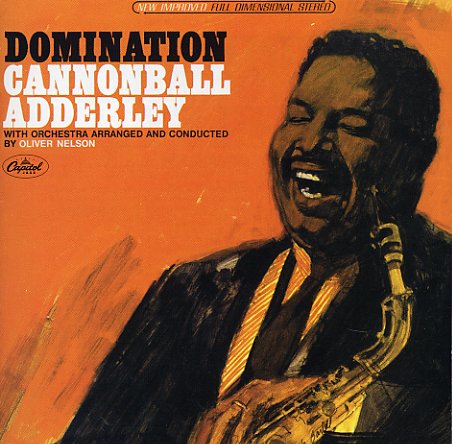 A key meeting of Cannonball Adderley and David Axelrod – and one of the pair's first larger collaborations together! The album features Cannonball solos over larger backings by Oliver Nelson – with some occasional help from brother Nat Adderley – all produced with that dark Axelrod edge that we love so much from the Capitol years. The tunes have just the right amount of space to keep things interesting – but also enough soul to link the work nicely to the other Adderley albums of the time. Nelson himself brings in some captivating modern moments to the set – and titles include "Interlude", "Mystified", "Gon Gong", "Shake A Lady", and "Introduction To A Samba".  © 1996-2023, Dusty Groove, Inc.
(UK Stereo rainbow label pressing. Flipback cover has light wear & aging, old sticker remnants. Name in marker on the back.)

Road Show
Capitol, 1959. Very Good+ 2LP Gatefold
LP...$6.99
A great example of the Kenton powerhouse in action – a 90 minute double-live recording that really set a new standard for jazz sets of its type! The album features a side apiece dedicated to each of the three acts – one by Kenton's orchestra, one by Christy on vocals, and one by the ... LP, Vinyl record album