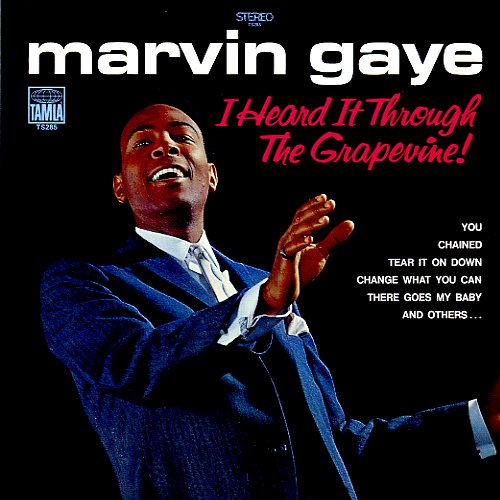 Marvin's definitely in the groove on this set – cooking on all burners with a host of late 60s Motown hits – bad-stepping his way towards some of the more mature moments to come in the 70s! The album's probably best remembered for the cut "I Heard It Through The Grapevine" – easily one of Marvin's biggest moments of the 60s, and a track whose popularity led to the album's title change from In The Groove to later incarnations as Heard It Through The Grapevine! Other cuts are equally great, and show Gaye really stretching out with mature, masculine confidence – pushing the envelope nicely on cuts that include "Loving You Is Sweeter Than Ever", "There Goes My Baby", "Change What You Can", "You're What's Happening", "Tear It Down", "You", and "Some Kind Of Wonderful".  © 1996-2021, Dusty Groove, Inc.
(Brown and yellow label stereo pressing with deep groove. Cover has surface wear, aging and a mostly split top seam. Label has some pen.)