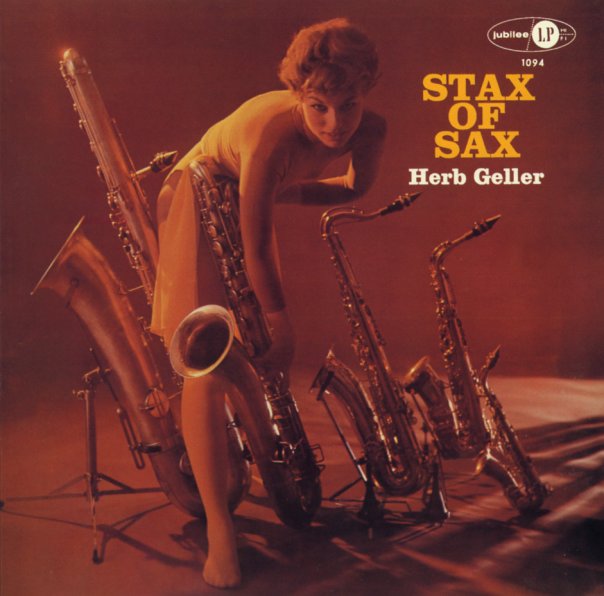 An incredible album from saxophonist Herb Geller – one that's quite different than his better-known sides for Mercury, and which features Geller blowing in an amazingly evocative tone! The first three tracks on the album are haunting originals by Herb – tunes that have a more open style than some of his more tightly arranged work, and which show the kind of fascination with sound structures that would show up much more heavily in later years. The group features Victor Feldman on vibes, Walter Norris on piano, Leroy Vinnegar on bass, and Anthony Vazley on drums – and the mix of vibes with Geller's horn is an especially nice element, one that adds to the haunting feel of the whole set. Titles include "Nightmare Alley", "A Cool Day", "The Princess", "Change Partners", and "It Might As Well Be Spring".  © 1996-2020, Dusty Groove, Inc.
(Black label pressing. Cover is nice!)

Gypsy
Atco, 1959. Very Good+
LP...$13.99
A familiar concept, but an incredibly hip album – versions of tunes from the musical Gypsy, all played by an incredible group led by altoist Herb Geller! Geller could be a fantastically modern player when he wanted to be – and this album pushes him distinctly in that direction, as it ... LP, Vinyl record album

Jazz Wave
Jubilee, 1957. Near Mint-
LP...$11.99
A big, bold jazz wave from Med Flory – a leader/arranger from the west coast scene, and one who takes the power of some cool jazz legends, and puts them in a setting where they can really pack a punch! The group features Bill Holman on tenor, Al Porcino on trumpet, and Bob Enevoldsen on ... LP, Vinyl record album