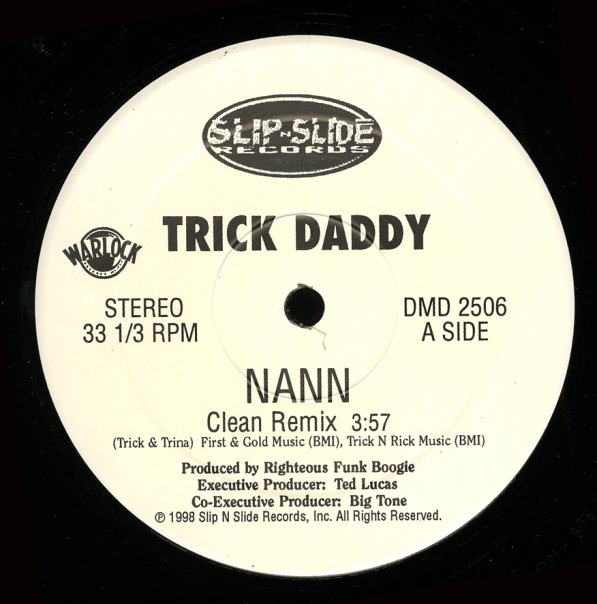 A remix for Trick Daddy's first hit featuring Trina. The lyrics are the same on this one as the original version, but the beat is switched up to an even bouncier one.  © 1996-2021, Dusty Groove, Inc.
(Promo in a stickered sleeve, with an index label.)