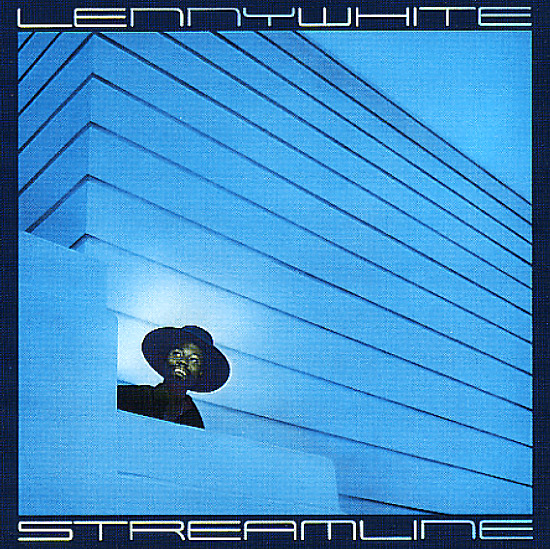 As the title says, Lenny White's streamlined his sound here – but to us that's a good thing, as it eliminates some of the overly-heavy jam sound that could ruin earlier records – making for a lean, clean groove that's mighty nice, and plenty darn soulful! Plus, Lenny's working here with a pretty soulful fusion group that includes Don Blackman on keyboards and Marcus Miller on bass, both of whom give the record a similar feel to the GRP funk that would come out a few years later from Blackman, Bernard Wright, and others – showing White yet again ahead of the pack! A few tracks have vocals, and titles include "Struttin", "Earthlings", "Spazmo Strikes Again", "Pooh Bear", "Lockie's Inspiration", "I'll See You Soon", and "Night Games".  © 1996-2022, Dusty Groove, Inc.
(Promo copy. Includes the printed inner sleeve. Cover has promo sticker and light edge wear.)

Master Of The Art
Elektra, 1982. Very Good+
LP...$5.99
A brilliant date from the later years of Woody Shaw – an album that equally shows Woody's own talents, and those of his key group of younger players too! Shaw's trumpet is perfect in both modes here – the hard-blown righteous numbers Woody first gave the world from his start, and the ... LP, Vinyl record album

Love Byrd
Elektra, 1981. Very Good-
LP...$11.99
A sweet funky 80s set from trumpeter Donald Byrd – a record done after his 70s run at Blue Note with producer Larry Mizell, but in a groove that's equally great in its own sort of way! Isaac Hayes is the producer on the set, and also plays a lot of Fender Rhodes, plus piano, vibes, and ... LP, Vinyl record album

Sprint
Elektra, 1983. Near Mint-
LP...$5.99
A tremendous live performance from the group co-led by Red Rodney and Ira Sullivan – two players who really bring a lot to each other's music! There's a mode here that really blows us away – a careful, sensitive approach that allows each horn player to hit their most lyrical moments ... LP, Vinyl record album

Magnetic
Elektra, 1986. Near Mint-
LP...$6.99
Tightly grooving mid 80s fusion from Steps Ahead – their last album to feature Michael Brecker – who's killing it here on his electronic wind instrument, plus his old standby tenor sax! Fellow Steps Ahead innovator Mike Mainieri is on vibes and more, with drummer/percussionist Peter ... LP, Vinyl record album

Good Time For Love
Elektra, 1986. Near Mint-
LP...$6.99
Lots of guests on this one, with Earl "Chinna" Smith and Radcliffe "Doggie" Bryan on guitars, Ansel Collins on keyboards, Jimmy Cliff on congas, and others! LP, Vinyl record album