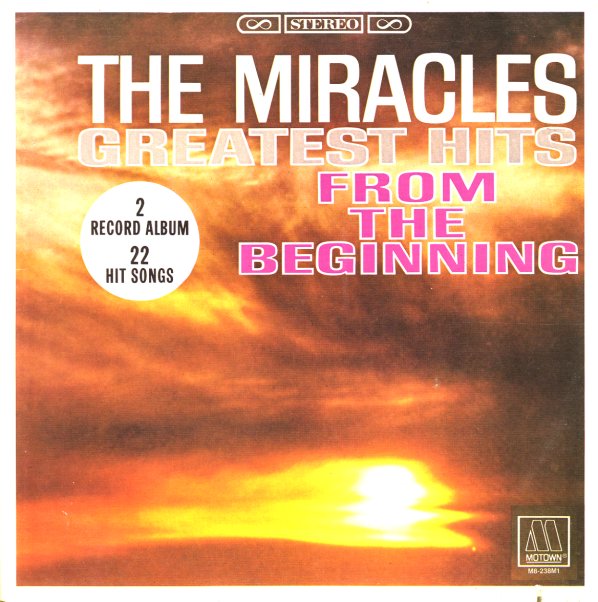 Like the sticker on the cover says – 2 record album, 22 hit songs! This one's got just about all you'd need from the early days of Smokey & The Miracles – perfect falsetto harmony soul that shaped a generation of singers, and which was some of Motown's greatest work in the early days. Titles include "Got A Job", "I Need A Change", "Who's Lovin You", "Would I Love You", "Mickey's Monkey", "Shop Around", "(I Need Some) Money", "Bad Girl", "I Cry", "Way Over There", "I Love Your BAby", "What's Good About Goodbye", "A Love She Can Count On", "You've Really Got A Hold On Me", "I Like It Like That", "That's What Love Is Made Of", and "I Gotta Dance To Keep From Crying".  © 1996-2022, Dusty Groove, Inc.
(Reissue pressing on Motown, still sealed with a lightly bent corner, cutout notch and Motown stickers.)

Innervisions
Tamla, 1973. Very Good+ Gatefold
LP...$44.99
One of the best Stevie Wonder albums ever! Stevie's moving into god-like territory here – handling a multitude of styles, all well, and crafting some of the most sophisticated soul of his generation. The album's got the same jazzy references you'll find on the best work by Donny Hathaway ... LP, Vinyl record album