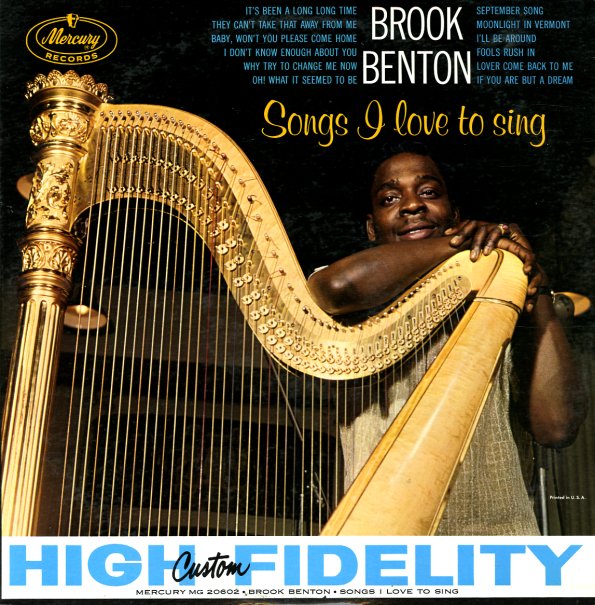 Songs I Love To Sing

Overlooked genius from Brook Benton – moving past his simple hit style here to work with arranger Belford Hendricks in a set of tunes that's a bit more "singerly". The tracks are mostly ballads and slower, sadder numbers – sung by Brook in a style that's slightly emotive, but never too much so – and with just the right touch of soul to keep things from going off track. Titles include "It's Been A Long Long Time", "Lover Come Back To Me", "I'll Be Around", "I Don't Know Enough About You", and "They Can't Take That Away From Me".  © 1996-2021, Dusty Groove, Inc.
(Black label pressing, with deep groove.)