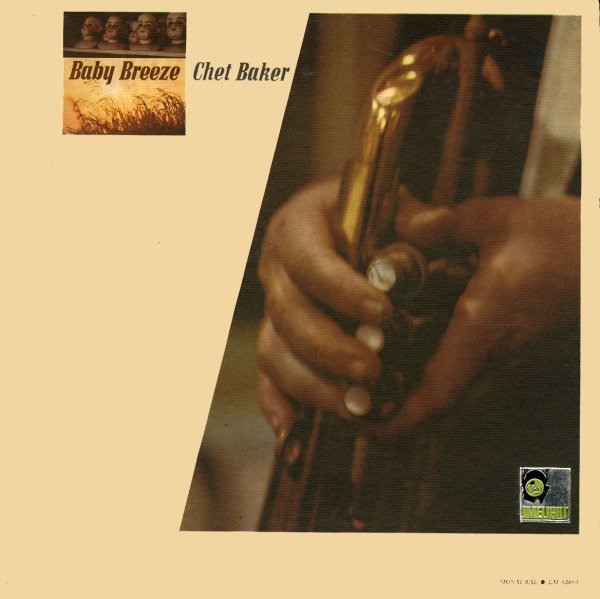 A really cool 60s session from the great Chet Baker – one that moves away from the standard sound of his 50s work, and shows that unusual sense of careful sonic energy that would mark his further development over the decades! Chet's got a great sound here – blowing flugelhorn instead of trumpet, with a cool compressed vibe that's augmented by work from a very hip group that includes Frank Strozier on alto and flute, Phil Urso on tenor sax, and piano work by either Bob James or Hal Galper – both at a very early point in their careers! Titles include "Baby Breeze", "This Is The Thing", "I Wish You Love", "Pamela's Passion", and "Comin Down".  © 1996-2022, Dusty Groove, Inc.
(In the cool gatefold cover with the booklet inside! Cover has a small mark on the spine, but is really great overall – and vinyl is nice and clean!)

Blue N Boogie – Live In Palermo, Sicily, 1976
Survival Research (Australia), 1976. Sealed
LP...$19.99
With Enzo Randisi on piano, Giovanni Tommaso on bass, and Gianni Cavallaro on drums. Titles include "There Will Never Be Another You", "My Funny Valentine", "I Can't Get Started", "But Not For Me", and "Blue N Boogie/Buzzy". LP, Vinyl record album

Chet – The Lyrical Trumpet Of Chet Baker
Riverside, 1959. Near Mint-
LP...$49.99
One of a handful of late 50s albums that Chet Baker recorded for Riverside – all of which are some of his last great 50s work in the studio, before a shift in the 60s to a wider-ranging approach to his music! The style here is definitely in the "classic" Baker mode set down for ... LP, Vinyl record album

You Can't Go Home Again
Horizon, 1977. Near Mint- Gatefold
LP...$29.99
A surprisingly great electric session by Chet Baker from the 70s – and a record that's got a bit more force and power than most of his other sets at the time! The format here is a bit tighter and more focused than Baker's recordings for CTI from the period – with electric piano from ... LP, Vinyl record album

Chet Baker In Milan
Jazzland, 1959. Near Mint-
LP...$34.99
A rare Italian album from Chet Baker – wonderfully cooking small group work that's a far bit greater than his more familiar "with strings" session recorded in Italy during the same period! The album's got Chet working with an array of great players from the local scene – ... LP, Vinyl record album