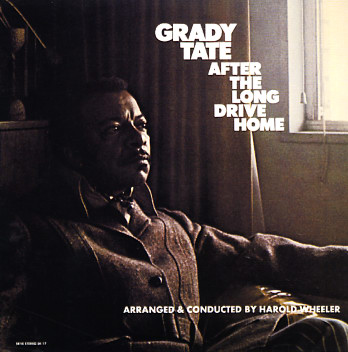 Easily our favorite album ever by Grady Tate – a complex suite of tracks about adult love, loss, and redemption – put together with a focus and clarity that even surpasses his classic Windmills Of My Mind record! The whole thing was arranged and conducted by Harold Wheeler – who sets Grady up in a batch of tunes that are easily some of the best from that late 60s era when writers like Burt Bacharach and Jimmy Webb had inspired countless others to spin mature tales of human interaction – in a style that's far from pop, and beautifully mature all the way through. If you've always dug the tune "Sack Full Of Dreams" from Tate's Windmills album, this whole set is done in a similar mode – with cuts that include "I'll Try Again", "I Can Deliver", "Follow The Path", "Bridges", and "There's Nothing Between Us Now" – as well as the completely sublime title track!  © 1996-2021, Dusty Groove, Inc.