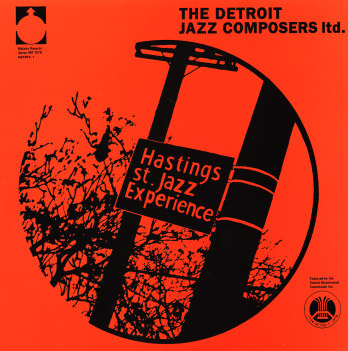 Sublime spiritual jazz from the 70s scene in Detroit – and a record that really represents an evolution of the previous sounds that you might have heard on the Motorcity's Tribe Records! The sound here is straightforward and soulful – a bit of electricity at the bottom and some fluidly gliding horn work on the top – plus some key vocals from a group that includes Kim Weston in the lead, supported by other female singers – in a righteous mode that really makes the best tunes sparkle! Other players include Phil Ranelin on trombone, Nasi Hafiz on vibes, Miller Brisker on tenor and piano, and Sylvia Truner on harp – all working together in a largeish group with the best spiritual energy of groups on Strata East! The whole thing's great – a beautiful lost treasure, and the kind of record that's rarely carried off so perfectly – and titles include "Song For M", "A Little Love For You", "Mark I", "Ja-Mil", "Nobody Had To Tell Me", "Arjuna", and "Now You're Gone".  © 1996-2022, Dusty Groove, Inc.