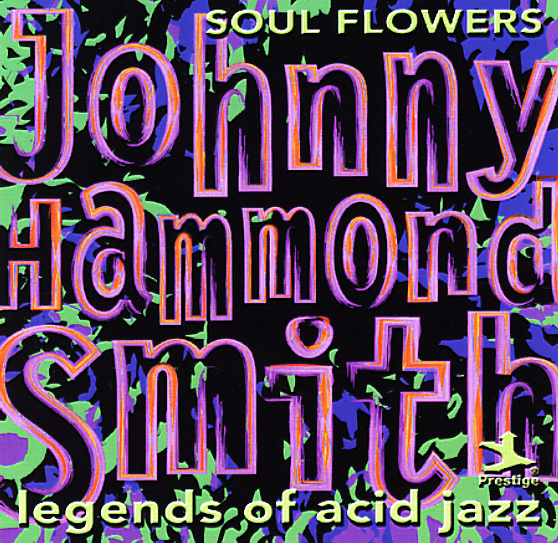 A key turning point for Johnny Hammond Smith – 2 hip albums from the latter half of the 60s, a time when he was really changing up his groove! First up is Soul Flowers, one of Johnny's most obscure records – and a great little album that's filled with short tracks played by a largeish group – all in a groove that's almost got a cop show feel! The album's got a gritty, dirty feel that's totally great – a nice change from Johnny's early 60s soul jazz, and a definite nod at the funk that would come in the 70s. There's twin tenors on the date from Houston Person and Earl Edwards – who often blow together on the heads, creating a mini-horn section sort of feel that then breaks up into more of a small combo mode as the set rolls on. Guitar is by the wonderful Wally Richardson, who works alongside electric bass from Jimmy Lewis – rumbling nicely next to Hammond's newly-lean sound on the organ. Added congas from Richard Landrum round out the set – and titles include the wonderful "NYPD", plus "Dirty Apple", "Ode To Billie Joe", "Days Of Wine & Roses", "Tara's Theme", and "I Got A Woman". Dirty Grape is excellent work from Johnny Hammond Smith – a record that really lives up to the "dirty" in the title! The approach here is a bit like some of Jimmy McGriff's recordings at the end of the 60s – organ soloist riffing around on some short hard tracks, with a bit of electric bass in the mix to soup things up a bit, rhythm-wise! The players include Wally Richardson on guitar – whose solos and sound are almost as important to the date as Johnny Hammond's – plus the twin team of Houston Person and Earl Edwards on tenor, Fender bass by Jimmy Lewis, drums by John Harris, and added conga by Richard Landrum. Tracks include some very groovy numbers – like "Dirty Grape", "Animal Farm", and "Black Strap Molasses" – plus covers of "To Sir With Love", and "Love Is A Hurtin Thing".  © 1996-2023, Dusty Groove, Inc.
(CD case has a small cutout hole.)