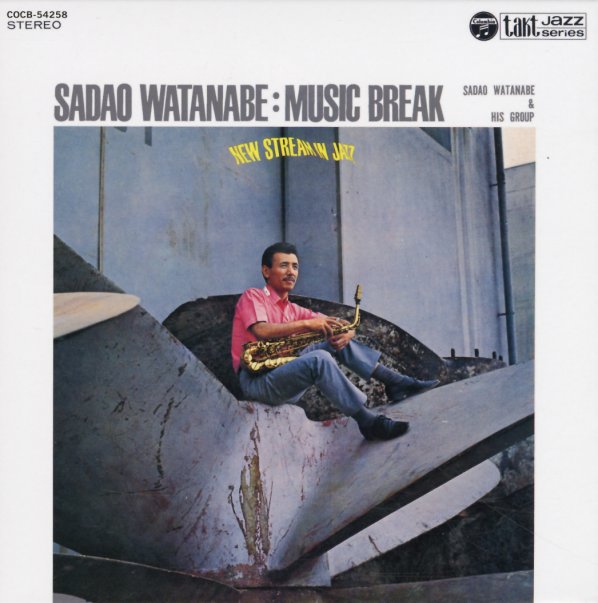 Beautiful bossa from the Japanese scene of the 60s – a live set from saxophonist Sadao Watanabe, cut during a run of excellent Brazilian inspired sessions at the time! The group on the set is a sextet with Masabumi Kikuchi on piano – and although a few tracks appear to have additional string backings, most of the instrumentation is from the core combo – recorded here on some slightly longer tracks than Watanabe's studio bossa from the same stretch. The format's not unfamiliar for the 60s, but comes off very nicely here – thanks to a really edgey tone in Sadao's horn, which makes the record a bit more unsettling than other mainstream bossa jazz sets. Titles include "Train Samba", "Doralici", "Meditation", "Song Of The Jet", "Mas Que Nada", and "Samba De Orfeo".  © 1996-2022, Dusty Groove, Inc.
(Heavy gatefold pressing, with textured inner cover – part of the Takt Jazz Series on Columbia Japan. White label promo/test pressing. Cover has some light wear overall.)

Satan
Cadet, 1974. Near Mint-
LP...$7.99
A sweet electric set from saxophone giant Sonny Stitt – very much in the mode of his funky work for Prestige Records at the same time! Sonny blows alto throughout – and other players include Roland Hanna on electric piano, Elliot Randall and Billy Butler on guitars, Richard Davis on ... LP, Vinyl record album