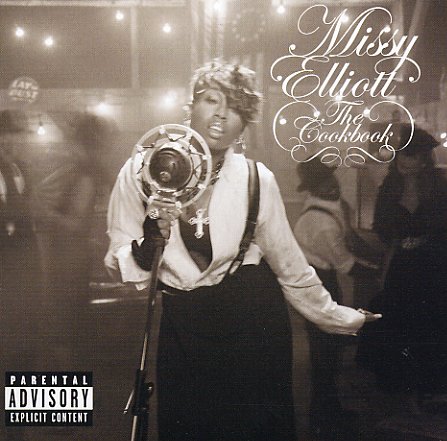 A tasty plate with some stellar cuts by the one-and-only Missy Elliot – proving once again that she's one of the best generators of great hip hop singles of the past decade – with or without Timbaland! Cookbook as a whole goes down a little bit smoother than This Is Not A Test did, with some standout material manned (and wo-manned) by a bigger roster of producers. Standouts include the great Slick Rick homage "Irresistible Delicious" feat Slick Rick, plus the great Neptunes track "On & On", the single "Lose Control" feat Ciara, "Teary Eyed", "Click Clack", "Time And Time Again" and more!  © 1996-2021, Dusty Groove, Inc.
(Includes the insert. Cover has marker through the barcode.)