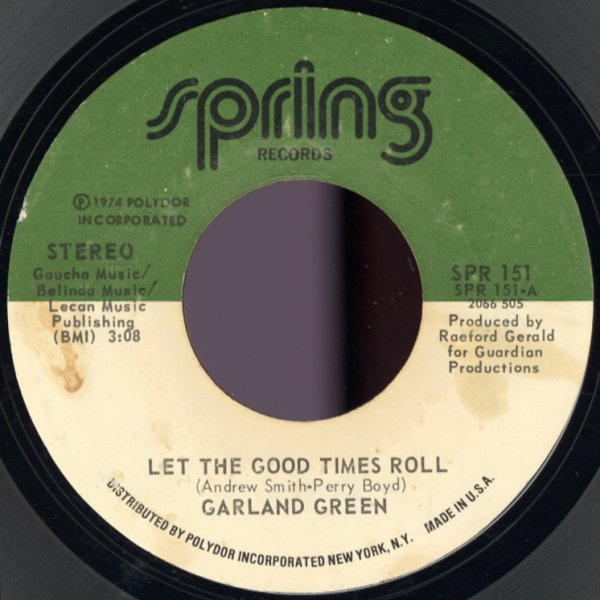 Garland Green's great remake of this classic! He sings it with a nice deep Chicago soul style, augmented by some of the slightly modern/southern style production of the Spring label. "You & I Go Good" is even better, though – a sweetly stepping number that follows in the spirit of Garland's Uni classics – crackling vocals sounding wonderful on the top, while an undeniable groove bubbles in the back!  © 1996-2021, Dusty Groove, Inc.
(Label has a streak of pen.)