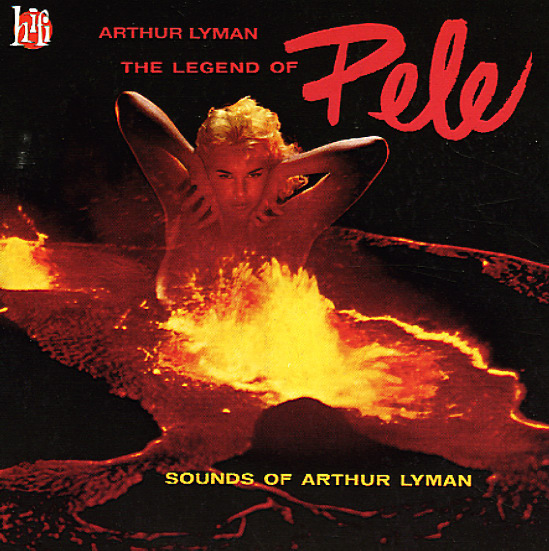 One of the best albums ever recorded by Arthur Lyman – cut shortly after he departed Martin Denny's group, with a very similar exotica style. Lyman's vibes are nice and spooky, ringing out in the echoey setting of the album – which was Henry Kaiser's incredible Aluminum Dome in Honolulu. A great bit of postwar colonial exotica trapped on wax, and brought back to the mainland for folks in suburban LA – and featuring the tracks "Magic Island", "Cubana Chant", "Fire Down Below", "Cumana", "Hana Pele", "Pele", and "Tropical".  © 1996-2021, Dusty Groove, Inc.
(Yellow label Life Series pressing. Cover has some wear at the top seam.)