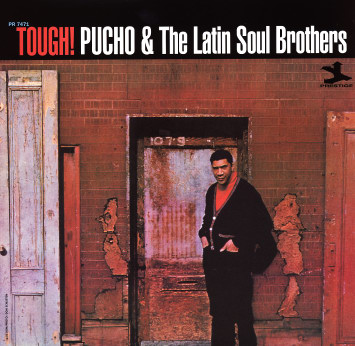 Killer Latin soul from Pucho and crew – and an album that's one of their greatest! The record is also one of the earliest by the group, and it features a different lineup than later ones – with William Bivens on vibes, Claude Bartee on tenor, and Vince McEwan on trumpet. There's a bit more of a pop Latin influence here than on some of the funk outings – but the jazz component is equally high, and even numbers like "Goldfinger" and "Walk On By" come off sounding nice and groovy! The real strength, though, is the original material – which includes the tracks "Vietnam Mambo", "Strange Thing Mambo", and "Just For Kicks", all pretty nice groovers. The album also features a good version of Herbie Hancock's "Cataloupe Island", which is always a treat!  © 1996-2021, Dusty Groove, Inc.