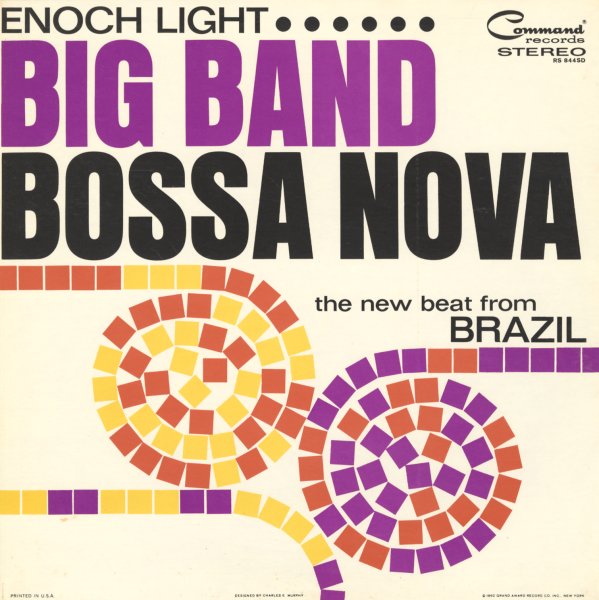 Enoch Light and his Big Band give upbeat renditions of "Desafinado", "One Note Samba", "Perdido", "E Luxo So", "Sem Saudades De Voce", "Besame Mucho", "Take The A Train", "Lullaby Of Birdland", and others.  © 1996-2022, Dusty Groove, Inc.
(Stereo pressing. Cover has some discoloration from age.)

Plugged In Pop
Command, 1969. Very Good+ Gatefold
LP...$9.99
Very cool moog album with a Perry-Kingsley feel. That is, it's got sort of a sharp electronic sound, but with grooviness underneath that keeps the whole thing going along at a jaunty pace. At times, the electronic sounds will break down into a bunch of noise, and then jump into a swingin' poppy ... LP, Vinyl record album

Concerto Electro
Command/ABC, Late 60s. Near Mint- Gatefold
LP...$3.99
Not as "electro" as you might expect from the title, but a pretty nice little record from Dick! The album has Hyman playing Baldwin electric piano in front of larger orchestrations – running through a suite of tracks that move from jazz to classic to "rock" type rhythms ... LP, Vinyl record album