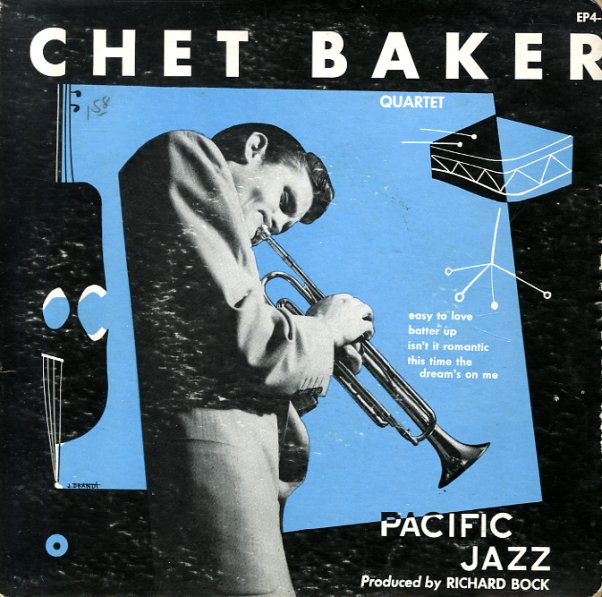 Mindblowing early work from Chet Baker – quite possibly as clear a statement of the young trumpeter's genius as you might hope to find, served up here in a beautiful 10" LP package! The tracks are short, sweet, and very much to the point – but they already display a tremendous approach to the trumpet that was different from any other player – a sound that's recorded cleanly and clearly throughout, without any vocals at all. The great Russ Freeman is on piano, and titles include "The Lamp Is Low", "Russ Job", "Batter Up", "Easy To Love", and "Maid In Mexico".  © 1996-2021, Dusty Groove, Inc.
(Note: Track one/side one has light crackles for the first half, and track one/side two has a few occasional crackles. The rest is very nice. Cover has light tape on the bottom seam, but is nice too.)