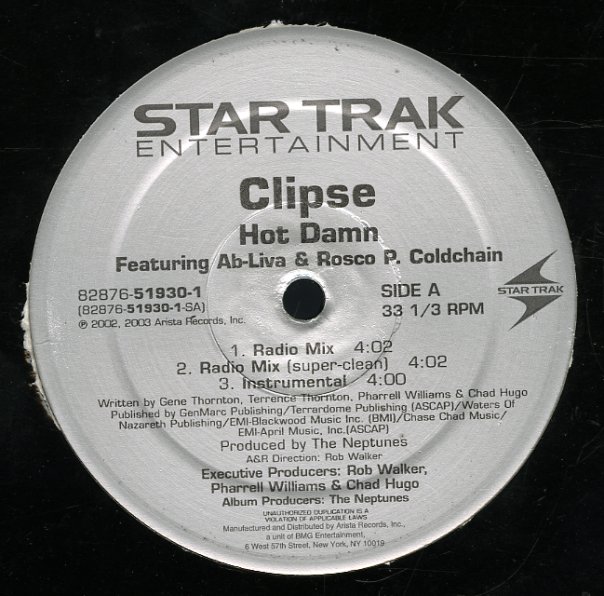 With Ab-Liva and Rosco P Coldchain.
(In a Star Trak sleeve.)