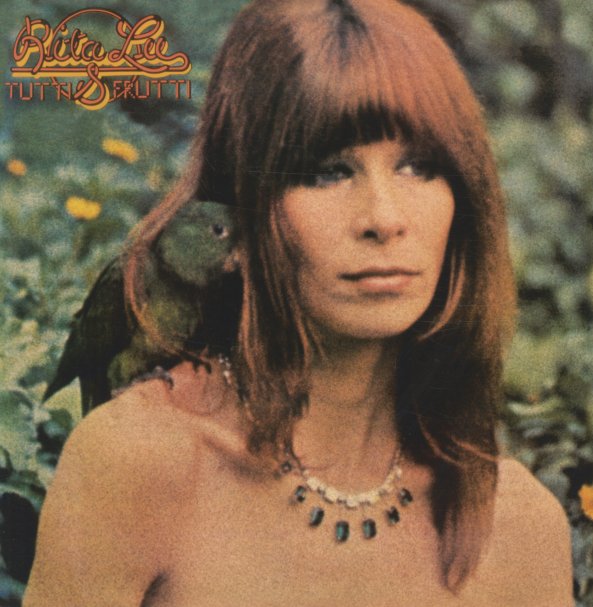 A standout solo set from Os Mutantes member Rita Lee – an album that's different than both her work with that group, and her early solo material – and which sort of represents a return to the roots of rock and roll during the middle part of the 70s! The group features ex-members of Lisergia – and they back Rita up with a style that's a lot more rock and roll than some of her crossover albums of later decades – almost in that way that the Mutantes would sometimes reference rock roots and turn them on their head – but much more straightforward here. Titles include "Corista De Rock", "Lady Babel", "Departamento De Criacao", "Superstafa","Posso Contar Comigo".  © 1996-2022, Dusty Groove, Inc.
(Recent reissue on Survival Research.)

Abertura – Festival Da Nova Musica Brasileira
Som Livre (Brazil), 1975. Very Good
LP...$18.99
An excellent compilation that's very much in the spirit of some of the best Som Livre soundtracks from the time – pulling together some of the best of the new and groundbreaking work of the early 70s, packaged in a set with the Globo logo on the front. The tracks here are a great overview of ... LP, Vinyl record album

Vontade De Rever Voce
Som Livre (Brazil), 1981. Very Good+
LP...$28.99 (LP...$24.99)
Funky soul from the great Marcos Valle – a great blend of mellow grooves and upbeat tunes recorded at the same time Valle was working in the US with Leon Ware! The style here is very similar to Ware's 2 albums for Elektra – both of which feature work from Valle, and include tunes that ... LP, Vinyl record album

Linguas De Fogo
Som Livre, 1974. Near Mint-
LP...$19.99
An unusual 70s session from singer/arranger Sidney Miller – an artist we know best from his lofty Elenco work of the 60s, but who's working here in a completely different mode! The style here is personal, almost gentle at times – following in a mode that recalls some of the Milton ... LP, Vinyl record album

Shadow Of Your Smile
Verve, 1965. Very Good+
LP...$29.99 (CD...$16.99)
One of Astrud Gilberto's greatest albums – and quite possibly our personal favorite! The record features beautifully understated arrangements by Joao Donato, Don Sebesky, and Claus Ogerman – and the instrumentation is a haunting mix of bossa rhythms with darker orchestrations that ... LP, Vinyl record album

Hotmosphere
Pablo, 1976. Very Good+
LP...$38.99
Known world-round for his classic work with Sergio Mendes and Weather Report, percussionist Dom Um Romao is one of the greatest Brazilian musicians of all time, and this compilation of 1976 recordings for Pablo has him playing in a nice raw groove. The tracks have a beautifully jazzy sound, and ... LP, Vinyl record album

Urubu
Warner, 1976. Near Mint-
LP...$18.99
Brilliant 70s material by Antonio Carlos Jobim – one of his key sets from the middle part of the decade that had the composer really deepening his approach to both singing and songwriting – moving past some of the more instrumental modes that he was using at the start of the decade! ... LP, Vinyl record album

Caminhos Do Coracao
EMI (Brazil), 1982. Very Good+
LP...$19.99
Later than most of Luiz's classic work – but still a mighty nice album, thanks to some good arrangements by Jota Moraes, who keeps part of the record in the more baroque styles of earlier years. Some of the instrumentation's a bit slicker than before, but not in a way that's bad – ... LP, Vinyl record album