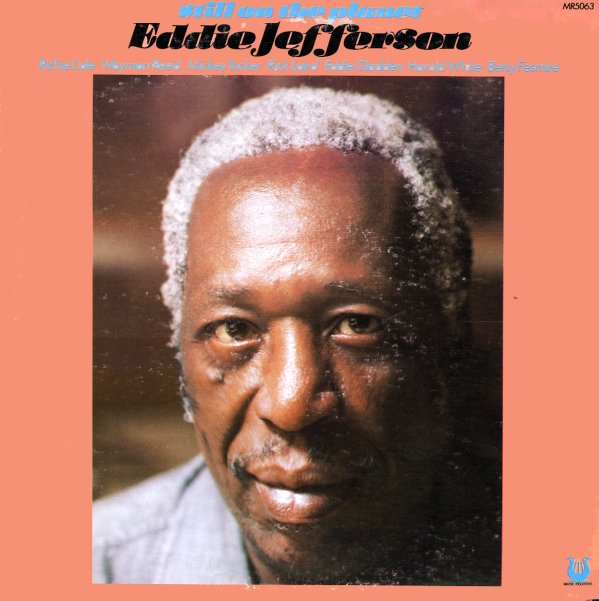 Still On The Planet

Great later work from vocalist Eddie Jefferson! Although the title of this one might be read as a haunting premonition of Eddie's untimely early death, the grooves within show nothing of the tragedy that was to overtake him a few years later. Hard swingin' jazz vocal stuff, put together by one of the few true masters of the genre. Eddie vocalizes all over the place on a set of material that runs from bop classics like "Workshop" and "Orinthology", to modern groovers like his great reworking of Herbie Hancock's "Chameleon". Richie Cole's on alto and Mickey Tucker's on keyboards, and the set also includes "Zap! Carnivorous" and "Keep Walkin".  © 1996-2022, Dusty Groove, Inc.