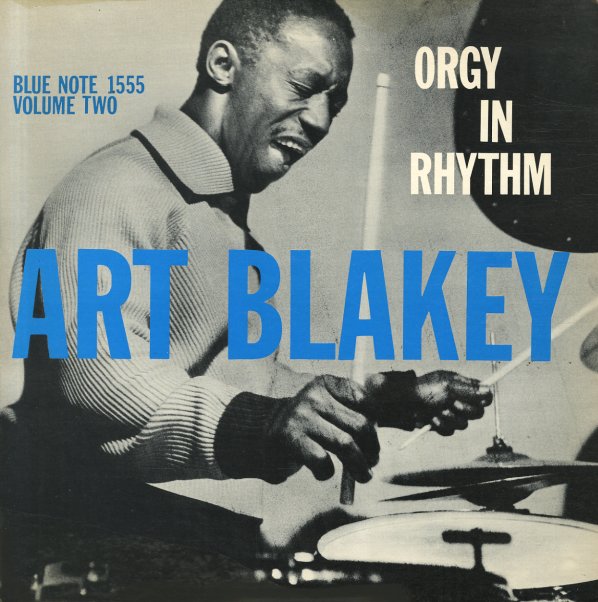 A true orgy in rhythm from Art Blakey – a set that not only features his drums next to the kit of Art Taylor, but which also adds in a bevy of other percussionists – including Sabu Martinez, Patato Valdez, and Jose Valentine! Joe Jones and Specs Wright also bring in additional jazz drums – making for more drummers than you might even find in a high school band – all working together with amazing qualities in sound, sometimes even melodic amidst all of the rhythms. Lighter lyrical touches are provided by Herbie Mann's flute, and Ray Bryant throws in some great lines on piano – underscoring the grooves in a nice way. Titles on this second volume include "Amuck", "Elephant Walk", and "Abdallah's Delight".  © 1996-2022, Dusty Groove, Inc.
(Liberty stereo pressing. Cover has a small corner cut.)

Live At Sweet Basil (GNP)
GNP, 1985. Near Mint-
LP...$19.99
The Jazz Messengers spirit is alive and well on this crackling session from the 80s – a great live date that's features lots of tremendous work on drums from the great Art Blakey, in a stunning sextet of younger players with Terence Blanchard on trumpet, Donald Harrison on alto, Jean ... LP, Vinyl record album