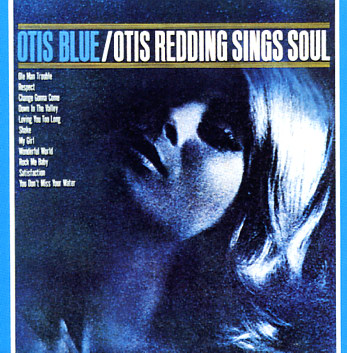 Otis Redding Sings Soul – plenty of truth in that – but on this sweet little set, he somehow does it even better than before! The album's got a tightness that's totally great – but it's light years from the smoother soul of Motown, and still has plenty of the gritty Memphis edges that helped Otis rise to the top in the 60s – that burning-under sort of groove that pushes up from the earth along with his vocals, and gives the album a push that most other singers never got! Redding's vocals are as perfect as usual – deeply personal, and free from cliche – even from all of those laid down by Otis' copycats of the time. Titles are a near-perfect mix of numbers too – and include the raw groovers "Respect", "Shake", and "Satisfaction", then hits a wonderfully warm soulful ballad style the classic "I've Been Loving You Too Long", and really sparkles on southern soul tributes like "You Don't Miss Your Water" and "Down In The Valley". Very solid stuff all the way through – and one of the best-conceived albums of his career!  © 1996-2022, Dusty Groove, Inc.
(Early 80s Canadian Atlantic pressing. Back cover has an ink stamp. Labels have an ink stamp and a peeled spot from sticker removal.)

Out Among 'Em
Roulette, 1975. Sealed
LP...$19.99
A sweet set of 70s Latin Disco – less Afro-Cuban than you might expect, but a great illustration of the way that older Latin modes had filtered down to more mainstream dancefloors at the time! There's definitely still some Latin elements in the mix – but the set's also got Michael ... LP, Vinyl record album