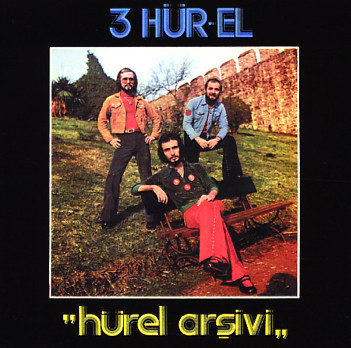 Trippy rock from the three Hurel brothers of Turkey – a fuzzed-up, freaked-out trio that comes off with some great psychedelic touches! The sound here is a great blending of modes – similar to some of the other Turkish rock from the time that merged electric guitar with folkloric inspirations – but the overall Hurel groove is much more strongly progressive, and sometimes slightly funky at times – due to a tight set of rhythms at the bottom. There's a heaviness here that almost hits Cream-like intensity for the power trio – save for the fact that the lyrics instantly mark the work as being of non-Anglo origins, as do the eastern shadings in the use of guitar and some of the percussion. Titles include "Kol Basti", "Hoptirinom", "Yara", "Doner Dunya", "Agit", "Aglaras Anam Aglar", "Kucuk Yaramaz", and "Canim Kurban".  © 1996-2020, Dusty Groove, Inc.