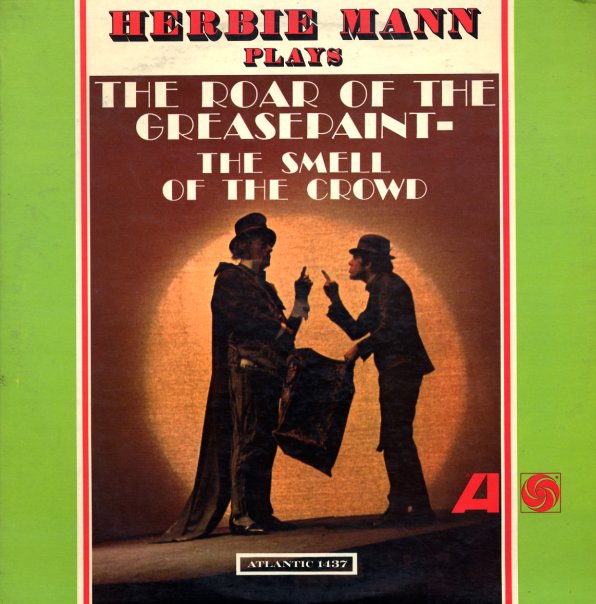 Herbie Mann Plays The Roar Of The Greasepaint, The Smell Of The Crowd

A surprisingly great album from Herbie Mann – especially considering that it's based around a Broadway score! The set goes way beyond the source of the tunes, though – and Herbie's combo makes some great groovy magic out of the music – often with some sweet Latin touches, as you'd hear on other Mann albums of the time – played by a cool group that also includes Chick Corea on piano, Mark Weinstein on trombone, and Dave Pike on vibes! Tracks are arranged by Ray Ellis, but with a much freer groove than usual – much more Mann-styled overall – and titles include "The Joker", "This Dream", "Who Can I Turn To", "Sweet Beginning", and "Feeling Good".  © 1996-2022, Dusty Groove, Inc.
(Stereo blue and green label pressing. Cover has light wear, but looks great overall.)