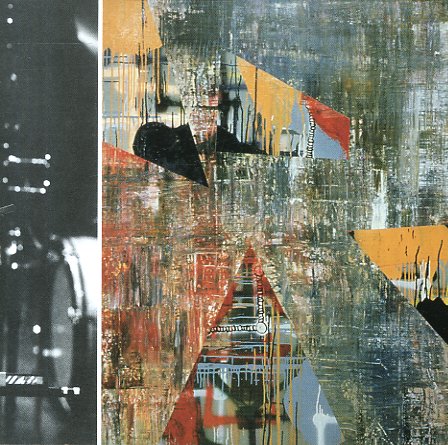 The fantastic first record from Chicago's Territory Band – a project headed up by saxophonist Ken Vandermark, and one that definitely builds the Transatlantic Bridge that's promised by the title! During the second half of the 90s, the Chicago avant scene really exploded with some great younger players – and also drew a lot of guests from other global scenes too – creating a lively cross-breeding of sounds, styles, and ideas – all of which are represented strongly by this group! The lineup features Jim Baker on piano, Jeb Bishop on trombone, Axel Dorner on trumpet, Dave Rempis on alto and tenor, Kent Kessler on bass, Fred Lonberg-Holm on cello, and both Paul Lytton and Tim Mulvenna play drums – which makes for a super heavy sense of energy throughout. Vandermark blows tenor, bass clarinet, and b flat clarinet – on titles that include "Collage (for Kurt Schwitters)", "RM (for Marcel Duchamp)", "Mobile (for Alexander Calder)", and "Stabile (for Hans Hoffmann)".  © 1996-2020, Dusty Groove, Inc.