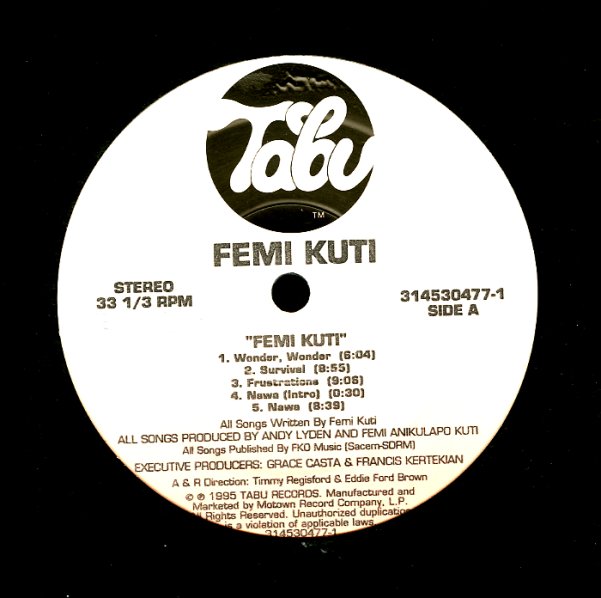 Rare promo-only vinyl pressing of this early album by Femi Kuti – a tight bunch of tracks that picks up where his father's work left off, taking the classic 70s Afro Funk sound firmly into the 90s. By that, we don't mean that Femi's adding in any extra garbage to the music – because the overall sound is very much in the straight sound that Fela was using – but just that things are tightened up a bit in a modern funk mode. Titles include "Nawa", "Survival", "Frustrations", "Plenty Nonsense", "No Shame", "Live For Today", and "Changes".  © 1996-2022, Dusty Groove, Inc.
(Promo in a plain sleeve.)

Africa Airways 4 – Disco Funk Touchdown 1976 to 1983
Africa Seven (UK), Late 70s/Early 80s. Near Mint-
LP...$19.99
We've had some great trips on Africa Airways in recent years – and this sweet fourth set proves once again that the fun lies in the journey, not the destination! As before, the cuts here share a lot more with American funk than you might think – especially the tight late 70s style with ... LP, Vinyl record album