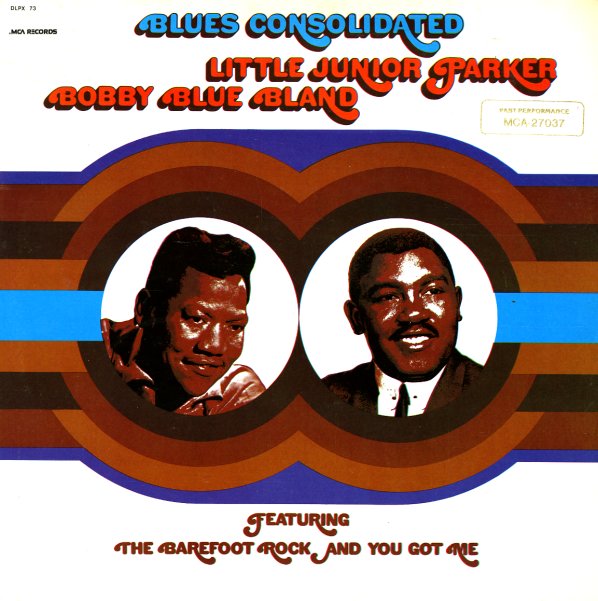 Cool LP that brings together Duke singles by Bobby Blue Bland and Junior Parker, in a "double feature" set that devotes a side apiece to material by each of them. The sound is hard bluesy soul, with tracks like "Next Time You See Me", "Wondering", "It's My Life, Baby", "I Smell Trouble", and "Farther Up The Road".  © 1996-2021, Dusty Groove, Inc.
(Rainbow label MCA pressing. Cover has a cutout hole and a small center split on the top seam.)