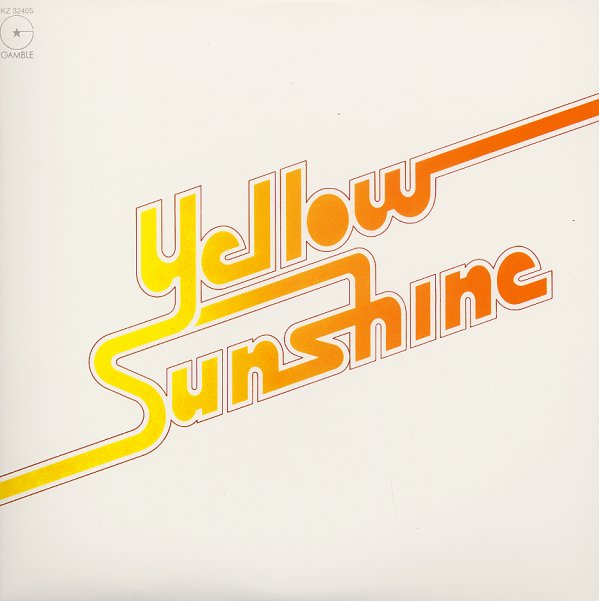 An excellent bit of spacey funk – and one of the most obscure Gamble/Huff records ever recorded! Yellow Sunshine are a hip funky jazz group, very tight in the riffing department, with a sound that would be more at home on Fantasy Records than Philly International. Dexter Wansel's in the group playing some excellent keyboards, and the tracks are mostly instrumentals with an excellent funky fusion groove. Titles include "All Along The Seashore", "Happiness", "Yellow Sunshine", "The Greetch", and "Apollo 17".  © 1996-2022, Dusty Groove, Inc.
(Reissue pressing with Epic labels.)