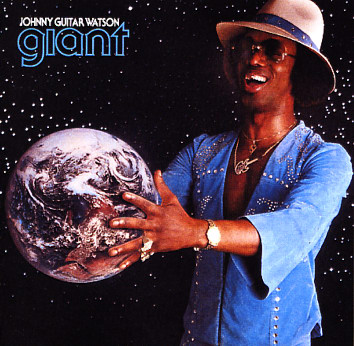 Not of Johnny's more famous albums, but it's plenty darn nice – and done in a wicked blend of spacey vocals and keyboards that's very much in the best Guitar Watson mode! There's a bit of a bump to a few tunes on the set, clearly a move to make it onto the dancefloor – but the album's hardly a cheap disco effort, as all the Watson guitar, vocals, and humor dominate the record strongly – and seem to come alive with a bit of new energy away from some of the usual bluesier settings. Titles include the great scatting number "Wrapped In Black Mink", plus "Miss Frisco", "Baby Face", "You Can Stay But The Noise Must Go", and a remake of "Gangster Of Love".  © 1996-2023, Dusty Groove, Inc.
(A nice copy.)