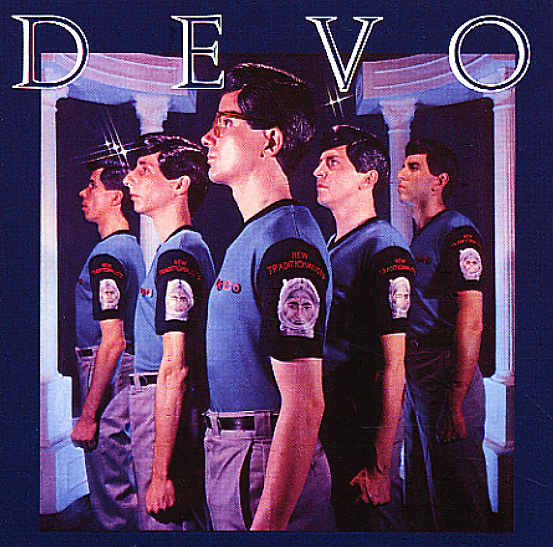 A great one from Devo – capping off their classic era when they could hardly do wrong! By 1981, the gentlemen Devo had been up to their collective arse in irony since the early 70s, and having made a sizable fortune for the Brothers' Warner with the ultra-ironic "Whip It" the previous year, they took a sharp right turn into cranky sincerity. They did so on a wave of new wave synth funk, of course, resulting in the all-time great singles "Beautiful World", "Through Being Cool" and a few more gems. Mtv and a lot of the fans couldn't understand why 5 guys with plastic hair and outerspace uniforms were no longer playing it for laughs and thus killed the prospect of Devo as hitmakers for the rest of the decade! A worthy effort from one of the most innovative pop groups ever! Other tracks include "Pity You", "Soft Things","Going Under", "Race Of Doom", "Love Without Anger" and "Enough Said".  © 1996-2021, Dusty Groove, Inc.
(Original pressing. Cover has some wear, an unglued top seam and a few small peel spots on the back. Vinyl has a slight warp, but plays fine.)

Cupid & Psyche 85
Warner, 1985. Sealed
LP...$18.99 (LP...$21.99)
An 80s classic from Scritti Politti – a group who'd worked their way up from the postpunk underground to the top of the charts, yet still managed to keep some of their leftist politics intact! The album's filled with catchy little numbers, but they also belie a deeper sensibility that folks ... LP, Vinyl record album